Story shared by Taiwan Porridge, a partner of the Very Veggie Movement: “Young people in the Bay Area love having spicy hot pot and Sichuan-style cuisine — food that is heavier, with stronger flavors. I hadn’t noticed that before, myself, but now that I have a child, I realized it’s kind of difficult to find Chinese restaurants in the Bay Area that are more suitable for children and older people like my parents. […] Most of our dishes at Taiwan Porridge are not spicy. They are suitable for the whole family.”

When COVID-19 began to sweep across the United States, the restaurant and foodservice industry was dealt a significant blow as doors closed to safeguard the health of communities. And in halting business temporarily, many found they were forced to close for good. Taiwan Porridge, located in California’s Bay Area, however, has experienced relatively good fortune during this difficult time. In fact, Liu Hao, the second-generation owner of Taiwan Porridge, has been busying himself with completing paperwork for a third branch of the restaurant in Fremont, CA.

“We have done slightly better than other restaurants, but I think we barely managed to survive the pandemic,” Liu Hao said modestly. With two decades of consistent hard work and love serving as its foundation, Taiwan Porridge has stayed afloat. Hoping to do more for their community, they’ve also graciously joined the Very Veggie Movement as valued partners.

Liu Hao’s father first opened Taiwan Porridge in Milpitas, CA, in 2000. At the time, Taiwan Porridge was a small, traditional Chinese restaurant. Yet, it tended to stand out among the competition rather quickly. Unlike many other Chinese restaurants, Mr. Liu had a unique focus for his menu: Taiwanese porridge served in humble portions with modest cookware. The homestyle dishes exude a sense of calm, and are quite a rarity in the bustle of the Bay Area.

“Young people in the Bay Area love having spicy hot pot and Sichuan-style cuisine — food that is heavier, with stronger flavors,” Liu Hao said. “I hadn’t noticed that before, myself, but now that I have a child, I realized it’s kind of difficult to find Chinese restaurants in the Bay Area that are more suitable for children and older people like my parents.”

Therefore, Taiwan Porridge values light and healthy fare. Taiwan Porridge is also different from other Cantonese-style porridge restaurants in that it serves one key type of Taiwanese porridge: rice porridge cooked with sweet potato chunks, accompanied by delicate side dishes for a lighter taste. Many of the most popular dishes — like their smoked dried bean curd, cold shredded potato, cold lotus salad, and quail egg and tofu — are all vegetarian. More than 20 years after the first Taiwan Porridge opened for business, the old Milpitas location has indeed remained a reliable favorite in the Bay Area.

The Liu family is originally from Jiangsu province, China, and the region is known for its lighter dishes as well. After learning about Taiwan’s distinctive porridge dishes, Mr. Liu was inspired to further explore these recipes. While the family could have pivoted to include more popular dishes on their menu, their passion and dedication to light, wholesome foods has earned many regular guests.

“Most of our dishes at Taiwan Porridge are not spicy. They are suitable for the whole family,” Liu Hao said.

Liu Hao graduated from the University of California, Los Angeles (UCLA), and enjoyed success with his investment. Ultimately, however, he wished to devote his efforts toward the much-loved brand created by his father, and opened the second Taiwan Porridge soon after in Cupertino, CA.

Liu Hao had earned a solid background in economics and management in school and was well-versed in modern business models. For the first few years, he strived to transform the traditional porridge restaurant into a more contemporary eatery with a distinctive personality that would be appreciated by young people and families alike. Employees at nearby businesses, too, were grateful for the convenience of placing an order while at the office and having their meal ready by the time they arrived at the restaurant. For young office workers dining with friends, Taiwan Porridge’s affordable side dishes offer helpings of approximately 16oz for just $7 or $8. With moderate portions, each table would order a few more dishes and share them. With the reputation built by his father’s brand and Liu Hao’s skillful management, the second restaurant quickly took off in Cupertino, becoming popular in its own right.

Changes During the Pandemic

After the pandemic began, Taiwan Porridge halted dine-in services like many other restaurants across the nation. Instead, they shifted their efforts toward delivering food to customers through major food delivery platforms. For quite some time, the platforms charged fees as high as 25%, and often required promotions that took a further cut from the restaurants’ already small profit.

“But if you didn’t participate, the platform would not recommend our restaurant in the search results,” Liu Hao explained. The circumstances prompted Liu Hao to consider managing takeaway through Taiwan Porridge’s own website — an idea that would allow the restaurant to stay in business while also serving customers quickly. Therefore, Liu Hao built a takeout platform and nurtured an online presence the restaurant didn’t have before the pandemic.

“In the beginning, less than one-third of our orders every day came from our own website. Now, out of around 200 orders a day, more than 100 orders come from the website,” said Liu Hao.

In addition, Liu Hao expanded to include takeout orders through WeChat groups during the pandemic, which became popular among Chinese guests. Now, with seven platforms and the ability to order through their WeChat group, Taiwan Porridge’s business spans downtown San Francisco and nearly the entire Bay Area. This has been hard work, said Liu Hao, requiring him and his team to cover a large area when out for delivery. But because of this, Taiwan Porridge has withstood the many challenges brought forth by the pandemic. With a third location about to open, work has become even busier for the restaurant.

In recent years, healthy, vegetarian, and vegan diets have become more popular among young people in California. And with more options available than ever before, that number can only grow. Taiwan Porridge has upheld its philosophy of serving customers healthy, light fare from the very beginning. Now that the pandemic in the United States is gradually easing its grip, Taiwan Porridge has begun to serve customers indoors again. Liu Hao plans to pause group ordering on WeChat for the time, concentrate on getting the third location on track as soon as possible, and hopefully, restore the other two locations to their thriving states. 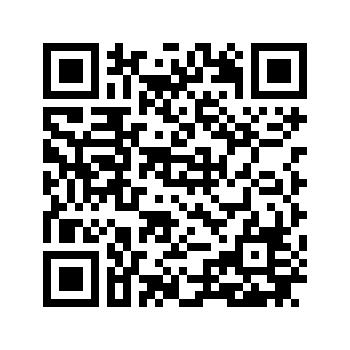