Story shared by Chef Kenny’s, a partner of the Very Veggie Movement: “We are so lucky to make vegan food.”

The COVID-19 pandemic has torn across the United States at a rapid pace, and while businesses are now permitted to open, the outbreak has caused countless well-established restaurants to close due to the sharp drop in their customer base. Unlike most others, Chef Kenny’s, a vegan restaurant with locations in both Las Vegas and Houston, has seen better business than last year: “Many people became vegetarian in the pandemic. Now is the best time to promote vegetarianism.” Chef Kenny, who has been running a restaurant for more than 30 years, has a sharp sense for business. He has a long-term friendship with Tzu Chi, and readily joined the Very Veggie Movement. “I always tell my employees that we are lucky to be vegetarian.”

Anyone Can Be Vegetarian

In the periphery of the arid Mojave Desert, there is a city of brilliant lights. Las Vegas, also designated “Sin City,” features dazzling casinos, bustling nightlife, and tens of millions of tourists. One might be curious as to what kind of experience it is to run a vegetarian restaurant in “Sin City.” Kenny Tsai, who has been in the catering industry for over 30 years and has been operating a vegan restaurant for more than seven, told us about his experiences: “Las Vegas is a very good place. Many people are vegetarian, too. My restaurant has led to a trend of vegetarianism in Las Vegas.”

Kenny Tsai, who came to the United States in 1982, opened a restaurant in San Diego. After moving to Las Vegas, he was engaged in the wholesale of meat and seafood for ten years. In the financial crisis of 2009, business plummeted, but Kenny regarded it as an opportunity. “I had a friend in Los Angeles,” explained Kenny. “He got colorectal cancer and started to eat vegetarian. Then, magically, he was cured. Now, he is still alive and in good health. After he recovered from cancer, he encouraged me to open a vegetarian restaurant. He said, ‘you are a very good cook. You should open a vegan restaurant in Las Vegas, serving vegetarians who live in Las Vegas and those who visit this city.’”

Following the suggestions of his friend and the passion within his heart, Kenny Tsai started Chef Kenny’s in 2012, and soon became well-known for his vegetarian versions of American-Chinese food. In 2016, he opened another vegetarian burger restaurant, and business was booming.

“Wow, the customers are so happy,” Chef Kenny had expressed. “Vegan people here are very happy. They said, ‘that’s what we want to eat!’ At that time, there was a long queue at the store, selling 800 burgers a day.” Chef Kenny’s goal is to attract all kinds of vegetarians.

“There are many kinds of vegetarians. Everyone has their own reasons and purposes for being a vegetarian, but they all have the seeds of goodness in their hearts.” Chef Kenny said that in Asia, many people commonly were inspired to become vegetarian because of religion. But in the U.S., he’s been told about an array of additional reasons — some in support of animal welfare, some for a healthier environment, and some are vegetarians for their personal health. The list goes on, and is quite diverse. If one combines all of these reasons for incorporating more vegetables into one’s diet, it encompasses a large portion of the population.

If you want to be a vegetarian, you can start any day. Or it is good to be vegetarian on any day or any meal. I want to provide delicious meals for anyone who wants to try vegetarian food.

Chef Kenny’s menu offers several vegetarian alternatives that are noticeably distinct amid neighboring venues: vibrant sushi rolls, crispy orange ‘chicken,’ spicy Kung Pao ‘chicken,’ and more. Chef Kenny strongly recommended the flavorful ‘meat’ dishes: “Generally, when you go to a Chinese vegan restaurant, what would you order? Stir-fried vegetables? We Chinese have a negative view of artificial meats.” Chef Kenny said that most of his customers are non-Chinese Americans, however, and that the restaurant chooses healthy ingredients made from beans and grains without artificial flavors. Artificial meat has indeed broadened the diversity of dishes available at vegan restaurants. Chef Kenny said that he has spent a lot of time thinking about how to make classic Chinese dishes out of vegan ingredients, and sincerely hopes to amaze his valued guests with each one of his creations.

Medium-Rare Vegetarian Steak Roll: Raw vegetarian beef made of beans and cereals is seasoned to perfection with thick BBQ sauce, pan-fried to medium-rare, wrapped in avocado, and then topped with Kenny’s special vegan cream cheese sauce. A sprinkling of sesame seeds offers a finishing touch. The dish is impressively rich and tasty.

Vegan Spicy Tuna: Chewy “tuna meat” made from beans is iced to echo the cool, unique taste of fresh fish, and Chef Kenny uses the same cutting technique as a sushi restaurant would as well. The dish is served with crisp vegetables — carrots, cucumbers, mushrooms — and seasoned with a mouthwatering spicy vegan sauce.

Cantonese-Style Roasted Pork: This dish combines three elements. A crunchy rice cracker imitates the crispy texture of the top layer of roasted pork. The middle ‘fatty’ part is made from beans, and the lean ‘meat’ of the bottom layer is made from mushrooms. Mingling in three tasty layers, the recipe is reminiscent of the flavor of classic Cantonese-style roasted pork.

The varied vegetarian recipes developed by Chef Kenny have been praised by many vegetarians, and received positive feedback on the internet as well. “Vegetarian food is not only light and monotonous; it can have a rich taste,” Chef Kenny said. “Many customers thank me for bringing back the tastes from before they were vegetarian. If you want to protect the environment and be vegetarian, but also miss the rich taste, you can come to my restaurant,” expressed Kenny good-naturedly.

“We hope to be a leader in the vegetarian industry.” When talking about new ideas for restaurants, Chef Kenny is always ready with innovative ideas: “Our next step is aiming to attract all veggie lovers.”

After closing his burger venue the year prior, Kenny Tsai opened a new branch of Chef Kenny’s in Houston. The business went well, and so, Chef Kenny came up with a plan — to open a vegan Cantonese-style dim sum restaurant serving veggie dumplings, veggie rice noodles, veggie egg tarts, as well as a variety of other sweet and savory vegetarian flavors. The dim sum restaurant was expected to open this May, but as none could have expected the outbreak of COVID-19 at the beginning of this year, the restaurant plan was left on hold.

“However, I tell my employees that we are very lucky to work in a vegan restaurant.” Speaking of business during the pandemic, Chef Kenny said, “Our restaurant business has been very good during the pandemic, even better than last year. Fortunately, all of my employees were able to come to work.” In addition to other commonly cited reasons for going vegetarian, the more recent rise in vegetarianism is also perhaps due to evidence that COVID-19 has a zoonotic source. Chef Kenny has furthermore expressed that although the number of tourists has plummeted in Las Vegas, locals continue ordering take-away.

Chef Kenny actively showed his support for the Very Veggie Movement, and said that he has a strong friendship with Tzu Chi. Indeed, Chef Kenny has known Tzu Chi since he was a food wholesaler. He has also participated in Tzu Chi activities since he opened his vegetarian restaurant. Now, Chef Kenny not only has joined the Very Veggie Movement, but donated vegan lunches, too, and actively promoted vegetarianism with Tzu Chi.

Chef Kenny is still looking forward to opening the vegetarian dim sum restaurant, someday. “We haven’t given up. We are still observing whether the pandemic will be better or worse at the end of this year. If the number of cases falls, we may be able to open the restaurant next February or March.” Chef Kenny is confident with his creative dim sum menu, and is eager to share his creations with others. “We are working extremely hard in developing and creating veggie dim sum with delicious tastes. That will be a healthier version of the traditional Cantonese dim sum. I hope we can first try it in Las Vegas, and then be able to drive to major cities like San Francisco, Los Angeles, and New York. I believe the business has a bright future.” 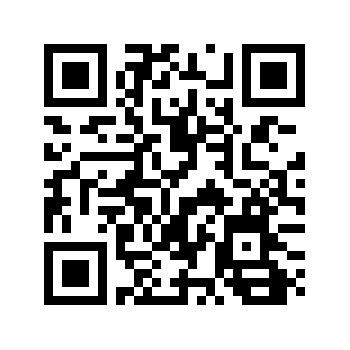